Caboolture is the next big thing: Property growth & infrastructure

There is never a clearer sign that a location is gentrifying than when its very name starts to evolve as well.

I’m talking about the fact that many locals, as well as potential homebuyers and investors, now refer to Caboolture, in the Moreton Bay region of Northern Brisbane, as Cabo.

Over the decades, Cabo has been welcoming more and more new residents, drawn to the area’s more affordable real estate, which has ultimately meant a changing demographic of locals.

Indeed, the region overall has welcomed the lion’s share of population growth over the past decade, with plenty more set to arrive as well.

According to the local council, the Moreton Bay region is one of Australia’s fastest-growing regions, with its regional population forecast to grow from 479,639 to approximately 690,000 by 2041.

That means an additional 210,000 residents over the next 20 years so that by 2021, the region will have a larger population than Tasmania.
In accordance with the State Government’s South East Queensland Regional Plan 2017, the region is also required to deliver an additional 88,300 dwellings by this time, according to the council.

Caboolture has long been the administrative centre of a region that has been changing significantly over the past decade in particular, with new schools, new university campuses, and new transport nodes, to name just a few.

However, as well as a proliferation of new cafes, bars, and eateries in Cabo, the region is set to evolve further by announcing a major transport route between Brisbane and the Sunshine Coast.

According to the State Government, a phased consultation approach has been developed for a western alternative to the Bruce Highway between Brisbane and the Sunshine Coast, with a preferred option identified for stage one of the project.

Through technical investigations and community feedback, the preferred corridor for stage one has been identified within the future Caboolture West development area.
Queensland Transport and Main Roads Minister Mark Bailey said three options were presented to the community, with the central option listed as the preferred option.

“The preferred alignment offered more opportunities for local road connections, better environmental outcomes and fewer property impacts,” Mr Bailey said.
“The central alignment starts at the D’Aguilar Highway and travels south towards Caboolture River Road, staying close to the existing power easement.
“The corridor will provide for future interchanges and allow local roads to pass over or under the new road.
“Connections will link with locations that support public and active transport, the future town centre, key employment areas, and health and education facilities.”
Moreton Bay Regional Council Mayor Peter Flannery has welcomed the significant step towards building a Bruce Highway alternative and said with a city the size of Mackay expected to call Caboolture West home in coming years, the demand for roads in the region would only grow exponentially.
“If you get an alternative road up, you can take local traffic off the state’s biggest highway and accommodate the 70,000 people that’ll be moving here,” he said.
“We’ve gotten the funding for major Bruce upgrades from both levels of government, and it’s great to see work happening there, but now is the time to start properly planning for a Bruce Highway alternative.”

Over the past year, we have experienced extreme market conditions in Caboolture and its surroundings.

Part of the surge in demand from buyers was the affordability of real estate in Cabo compared to many other parts of the southeast and significantly lower compared to equivalent regions in Sydney or Melbourne.

Over the past year, we have been struggling with an extremely low level of listings available for sale, which has supercharged results for sellers.

Over the past year, according to SQM Research, the asking price of houses in Caboolture has soared by nearly 40 per cent, given listings remain at record low levels. 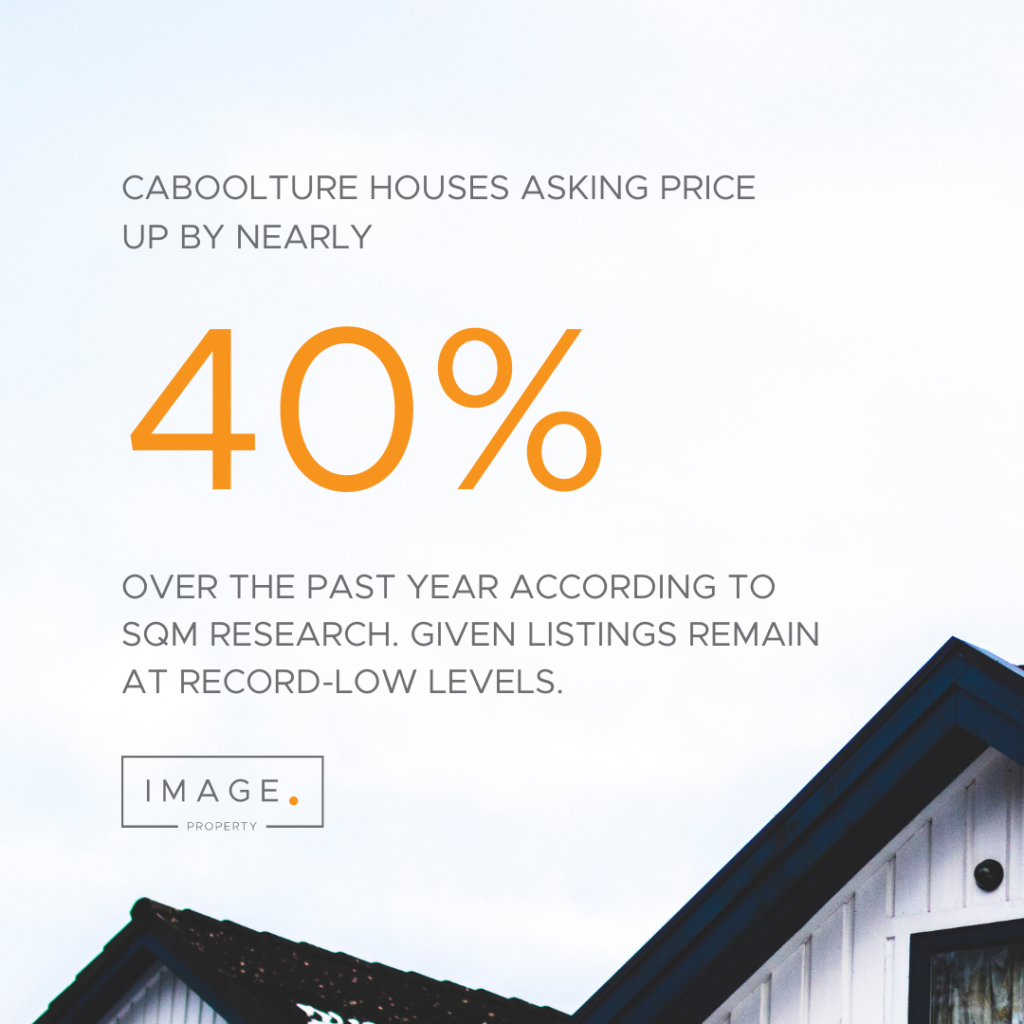 Likewise, Cabo is experiencing an extreme undersupply of rental properties, with our vacancy rate currently at just 0.5 per cent.

While house prices have increased significantly over the past year, it is still possible to buy a house in the region for around $400,000 to $450,000 – but probably not for much longer.

This is partly because of the strong market conditions that are set to continue, but also because of the changing face of Cabo that has been underway for years already, as the income levels, and demographics of our booming resident population increases along the way, too.