What do low vacancy rates mean for tenants? I Image Property Management

Did you know that most areas in Queensland have their tightest rental markets in more than a decade at present?

The latest Real Estate Institute of Queensland (REIQ) research revealed that in the June quarter, some 22 local government areas, out of 35, either recorded their lowest vacancy rates or equalled their lowest since 2010. 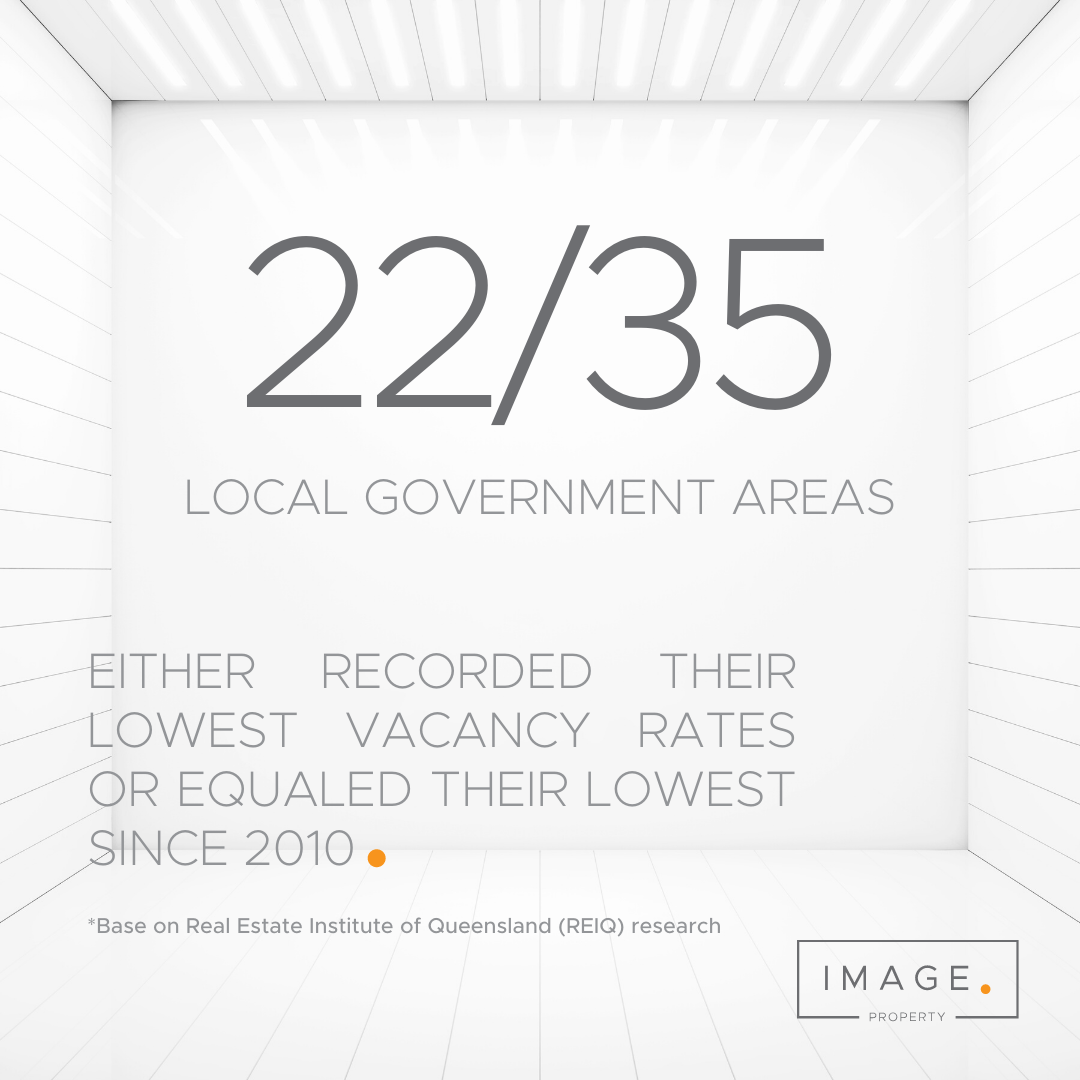 Brisbane City’s vacancy rate dropped from 2.1 per cent to 1.7 per cent over the quarter, the Gold Coast’s remained static at a tight 0.6 per cent, and the Sunshine Coast’s continued its run of extremely strong tenant demand by posting a vacancy rate of 0.6 per cent as well.

Across Greater Brisbane, every other council area recorded a vacancy rate of one per cent or lower in the June quarter, which is a signal of rental markets with far more demand than the supply available.

Part of the reason for these super-tight rental conditions has been the lower-than-average number of investors in the market over recent years, which has reduced supply.

However, the strong inflows of interstate migrants are also soaking up the little rental supply that is available.

There is currently a net population increase of about 1000 people in Queensland every week, with about half of these new residents settling in Greater Brisbane.

What does it mean for tenants?

The strong rental market conditions mean it is becoming increasingly difficult for tenants to secure a property if they wish to vacate their current one.

While there are ways that tenants can improve their chances when applying for a rental property, the current situation means that it is wise to consider all your options before deciding whether to move or to stay put.

For some tenants, this may mean it may be better to remain in their current property rather than move because of the costs involved in the moving process.

Because there is currently far more demand than supply of rental properties, rent increases are becoming increasingly common.

The Southeast Queensland rental market was relatively benign for the best part of the past decade, which meant that rents stayed static primarily over that period.

With landlords not recording significantly higher rents over that period of time, even when other property-related expenses were rising, many are opting to increase rents to make up for this cash flow shortfall.

Most tenants understand that a nominal rent increase is part and parcel of renting over the years and will choose to pay the higher amount rather than the expense of moving, as well as the difficulty of finding somewhere else to live at all.

However, if the rent increase seems excessive, tenants have every right to query this with their property manager.

For some tenants, it may also be more affordable to buy than rent at present, which might seem a little obscure when the property market is so strong.

However, with rents rising strongly within an environment featuring low-interest record rates for mortgages, then it may be a better financial decision to transition from being a renter to becoming a property owner.

The top bedroom colour choices for 2022

Renters and landlords given financial lifelines