Life is Sweet in Mango Hill I Image Property Management

One of the hottest areas in Brisbane right now isn’t some hipster-overrun city enclave, nor a riverside millionaire’s playground or an exclusive inner-eastern neighbourhood with skyline views.

It’s delightful by name and nature, the suburban oasis of Mango Hill, some 25 kilometres north of the CBD in the Moreton Bay region.

Here, with an incredible bang for your buck, you can find a modern and spacious home that’s minutes away from exceptional amenities and services, dozens of parks, more sporting and recreation facilities than you can count, picturesque creeks, and the beach.

An area on the rise

Respected property forecaster Terry Ryder of HotSpotting recently named Mango Hill as a suburb on the rise, with prices forecast to balloon in the near future, thanks to a spike in demand.

Spend some time here, and it’s not hard to see why people are flocking to the area.

Mango Hill is a bit of a unicorn in this part of the world. The government carved a big chunk of it back in the early 2000s to create a new master-planned community next door.

Since then, North Lakes has transformed into a sprawling housing estate with a Westfield, Costco, IKEA, and a range of speciality stores, plus a health precinct and selection of cafes and restaurants.

Mango Hill gets to benefit from all of that being just down the road while staying a few steps removed from the hustle and bustle.

It has a quieter vibe and a more peaceful charm as a result.

There are facilities galore for whatever sport you play, plus not one but two golf courses, just outside Mango Hill on either side.

Getting where you need to go is very straightforward. You have easy access to the M1, and the Brisbane CBD is a 30 to 40-minute drive in good traffic.

Plus, you can drive to the Sunshine Coast in about 50-odd minutes, with beautiful Redcliffe and Scarborough also just a stone’s throw away.

A local train station makes rail travel to the city extremely efficient, and there’s an excellent local bus network, too.

In terms of housing, a range of modern dwellings from townhouses and duplexes through to full-sized family homes on good blocks cater to all types of households.

But it’s families who tend to favour Mango Hill. The streets are leafy and peaceful. The neighbourhoods are safe and relatively quiet. People are very friendly and welcoming.

This is truly a beautiful part of the world. Perhaps that’s why Moreton Bay has led the charge in Southeast Queensland’s population growth in recent times, expanding by 33 per cent in the past decade. 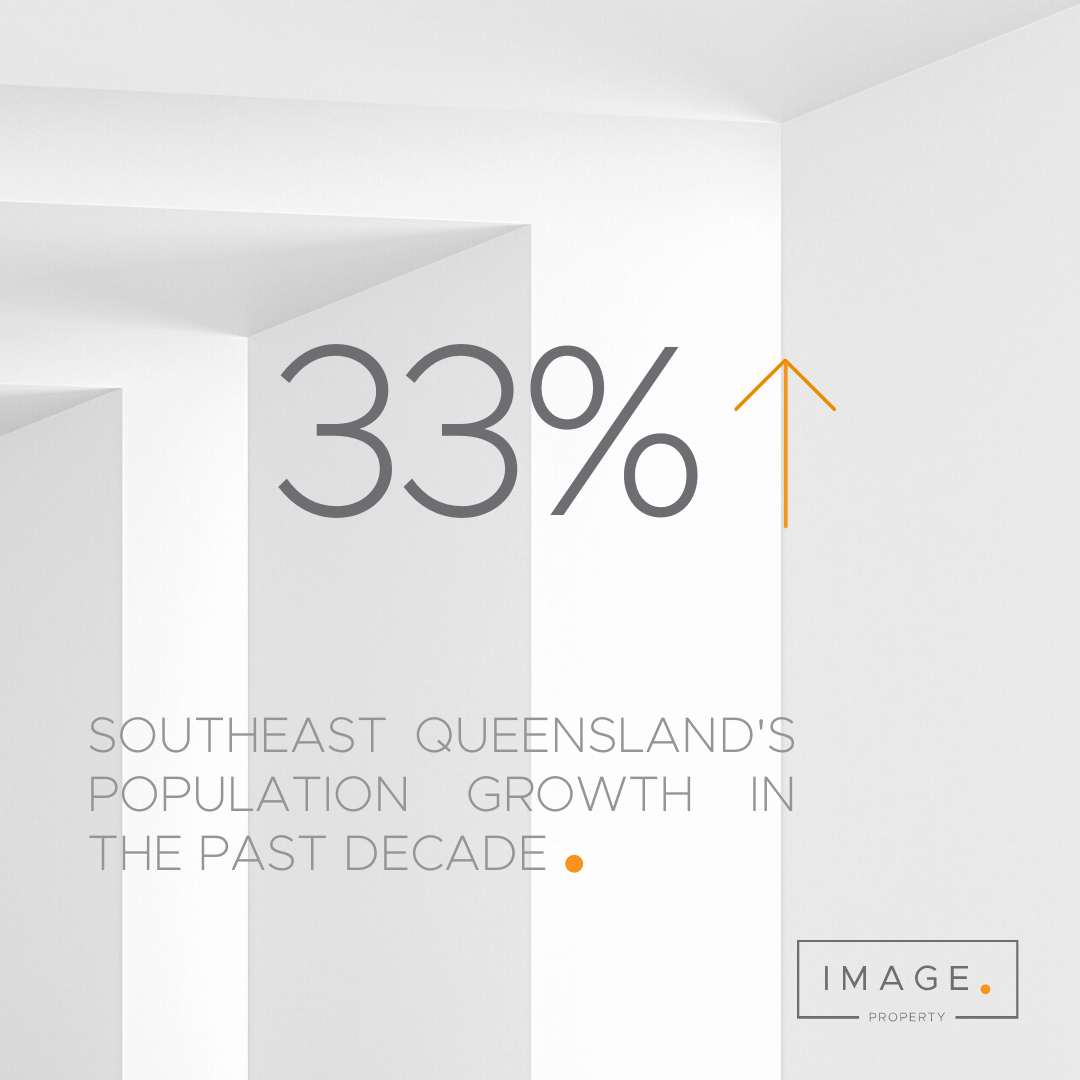 The number of people calling Greater Brisbane home will hit three million in 2030, and the northern part of the city will welcome many of those new residents.

Pockets like Mango Hill are set to be the jewel in the crown, given its proximity to the city, excellent lifestyle hubs, a wide range of amenities, and good bang for the buck.

Growing in more ways than one

Just down the road in the suburb of Petrie is the region’s very first full-service university campus in USC Moreton Bay.

Stage one of the 10.5-hectare precinct officially opened last year, with a 500-seat auditorium, science and engineering laboratories, a library, a café and retail precinct, and student services centre. Plus, there’s much more to come in subsequent stages.

The stunning state-of-the-art facility became a big drawcard for families when it was announced, and plans for its future are already set in stone.

Stage two is now out to tender, which will see the campus expand to include technology, art, music, and multimedia centres.

Mango Hill has some other great schools, including St Benedict’s, a Catholic primary school and a secondary college.

Authorities are also planning for growth by investing in transport projects. Last year, the State Government announced a $2.1 billion road plan for the region, which includes a new mooted arterial road between Murrumba Downs and Mango Hill.

And planning has just been approved on a $10 million upgrade to Mango Hill train station’s Park ‘N’ Ride facility, with construction set to begin next year. It’ll make it easier and safer to hop on a train to the city, helping to ease local area congestion.

If you would like to speak to an expert in the Mango Hill area, contact Matt Phillips

Things will be great when you’re downtown