It’s clear that first home buyers are still out in force across Southeast Queensland, according to the latest official data.

The Australian Bureau of Statistics Lending Indicators for July this year found the number of first home buyer loans in Queensland remained 14 per cent higher than a year ago – and more than 30 per cent above what they were before the pandemic.

It does appear that the peak of first-time buyer activity has passed, but this is mostly due to the end of the HomeBuilder scheme, which provided generous cash grants for people to buy or construct a new dwelling.

Plus, it’s not hard to understand why this scheme was so popular with prospective property owners, who have always had to save hard to get together that all-important first deposit.

Of course, one of the main reasons why first home buyer activity here remains elevated after the end of HomeBuilder scheme is because of our more affordable property prices.

In fact, first-time purchasers in our capital city still have the opportunity to buy a house within 10 kilometres of the city because of the lower price points of real estate in Brisbane.

According to CoreLogic, the median house value in Brisbane in August was about $691,000, versus nearly $1.3 million in Sydney and nearly $950,000 in Melbourne! 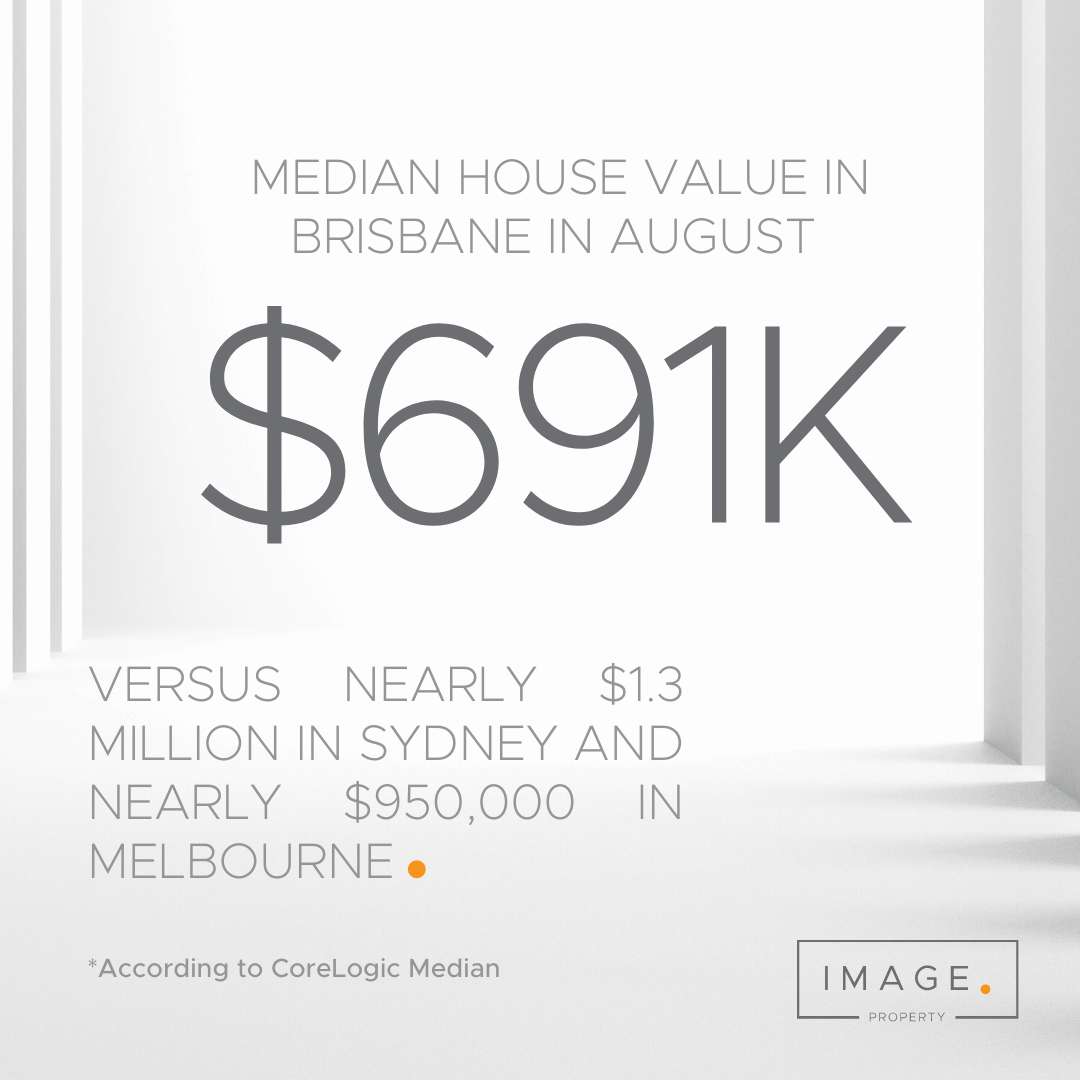 When it comes to the unit market, which hasn’t quite felt the same upward price pressure as houses…yet, well, prospective property owners have myriad options with the median unit value sitting at about $425,000 in the River City.

This sort of buy-in price means that first-time buyers have the opportunity to purchase a unit in close proximity to all of the things that they love the most – whether that is the nightlife of the Valley, the plethora of cafes and restaurants in West End, or the beach vibes of many different suburbs on the Sunshine Coast.

Unlike potential property owners in southern capitals, young people in the Sunshine State still have the opportunity to own their own slice of real estate.

With lockdowns likely to come to an end in Sydney and Melbourne sooner rather than later as vaccination rates hit the necessary percentages for life to return to the “new normal”, it will be interesting to see how many more interstate migrants land north of the border.

With record numbers of people choosing to migrate to Queensland over the past year, attracted by our extraordinary lifestyle attributes and climate, there is no question that a fair cohort of these new Queenslanders will be young people keen to buy a home that they can call their own.

The Grass is Greener in Strathpine

The key influences to Brisbane’s record-breaking demand from buyers