How To Secure A Sale By Christmas | Image Property

Do you know how long it currently takes to sell a property in Greater Brisbane? 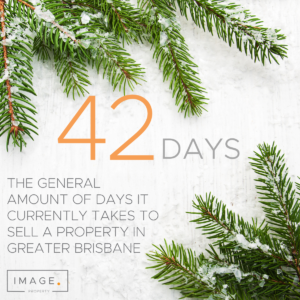 That figure is the median days on market from the REIQ, which measures how long properties are on the market for before they secure a sales contract.

Of course, a median is the halfway point of any number, so that means that half of the properties in Greater Brisbane are selling more quickly than within six weeks.

The spring selling season is well underway across Southeast Queensland with robust demand for properties from buyers near and far.

Market conditions have been strengthening for a few months now, with the latest official statistics showing owner-occupier demand soaring. 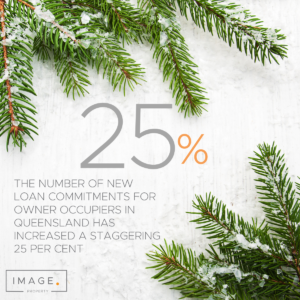 In fact, the number of new loan commitments for owner-occupiers in Queensland has increased a staggering 25 per cent in the year to August, according to the Australian Bureau of Statistics (ABS).

On top of that, the number of first home buyers securing loans in the Sunshine State is the highest in more than a decade!

There are certainly plenty of active buyers out there who are no doubt keen to buy a home before Christmas.

So, if you’re considering selling, time is of the essence to sell your property before the summer holidays.

Here are three ways you can sell before Santa comes calling.

Buyers are out in force across the southeast and that is helping underpin prices. 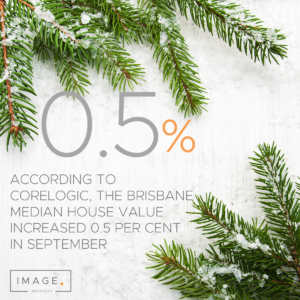 According to the latest data from CoreLogic, the Brisbane median house value increased 0.5 per cent in September and the median unit value rose by 0.4 per cent as well.

Compare this to Sydney and Melbourne, where median values for both dwellings fell over the same period, and it’s clear that the Brisbane market is in a league of its own at present.

With border closures likely to lift soon, the southeast corner is also set to benefit from strong interstate migration in the weeks and months ahead.

So, to give yourself the best chance of securing a sale quickly, it’s important to make sure your property looks its best.

This doesn’t mean you have to spend oodles of money though.

Rather, decluttering works wonders, as does a fresh coat of paint.

It’s vital to not forget how your property looks from the outside, too, so a clean-up of the garden and outdoor area is always time well spent.

It’s possible to ring in the new year in a new home after selling your existing one, but you will need to take action soon.

The sales market does take a breather between Christmas and the end of January, which is why one of the best times to sell is in the last quarter of the year.

By listing your property for sale by early November, you give yourself the best chance of securing a sale before the market, and everyone else goes on holiday for a while.

Brisbane is now the best performing house market in the country